You Are Here: Structural Disorder as Phase Transition Parameter 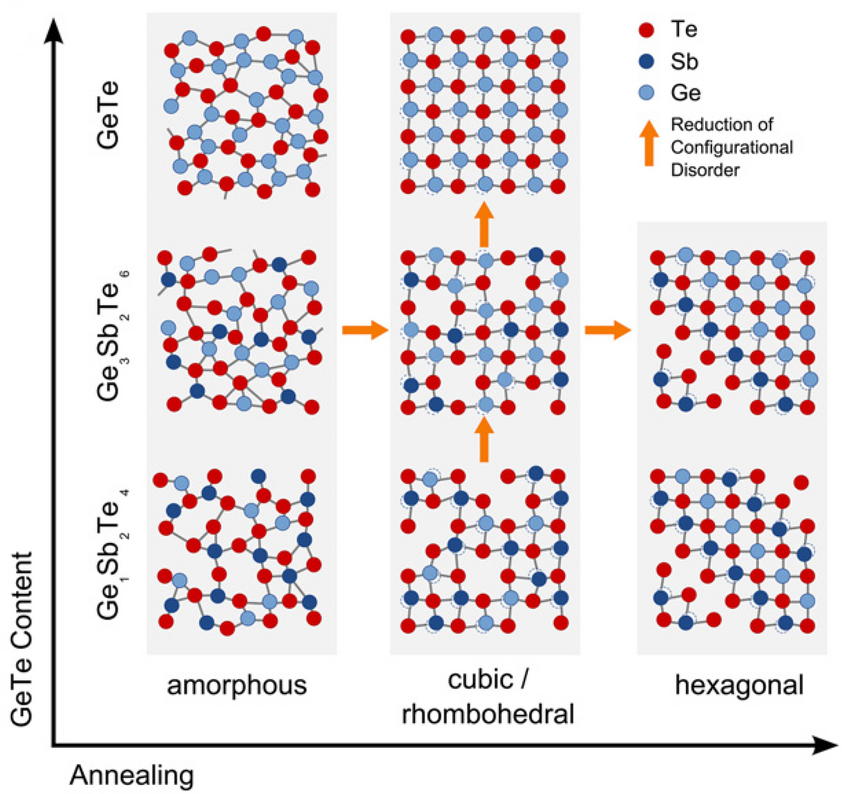 Structural disorder is a key feature of phase change materials and has a fundamental impact on the physical properties of the system. By annealing the mobility of the atoms change and an energetically favourable structure of the system, which sometimes incorporate vacancies, can be adopted. In addition to a transition from an amorphous to a crystalline structure a transition from a cubic to a hexagonal crystal structure, close to the metal-insulator-transition, can be observed in some of the systems.

Copyright: © I. Physikalisches Institut Schematic depiction of an Anderson transition. With increasing disorder the wave functions of the conduction carriers overlap less and less.

Since there is a large change of disorder it is reasonable to suspect that the metal-insulator-transition is a so-called Anderson-phase-transition. Here the disorder in a system leads to a shift of the energy levels of the conductance carriers. This results in a discontinuation of the wave function and a localization of the affected carriers which is accompanied by a significant change of material properties.

The exact nature of the transition as well as the correlation between the structural and metal-insulator-transition is however not yet fully understood and an important part of our research. On top of that we examine possibilities to manipulate disorder in phase change material in order to enable a controlled switching between the phases.