You Are Here: Atom Probe Tomography of Phase Change Materials 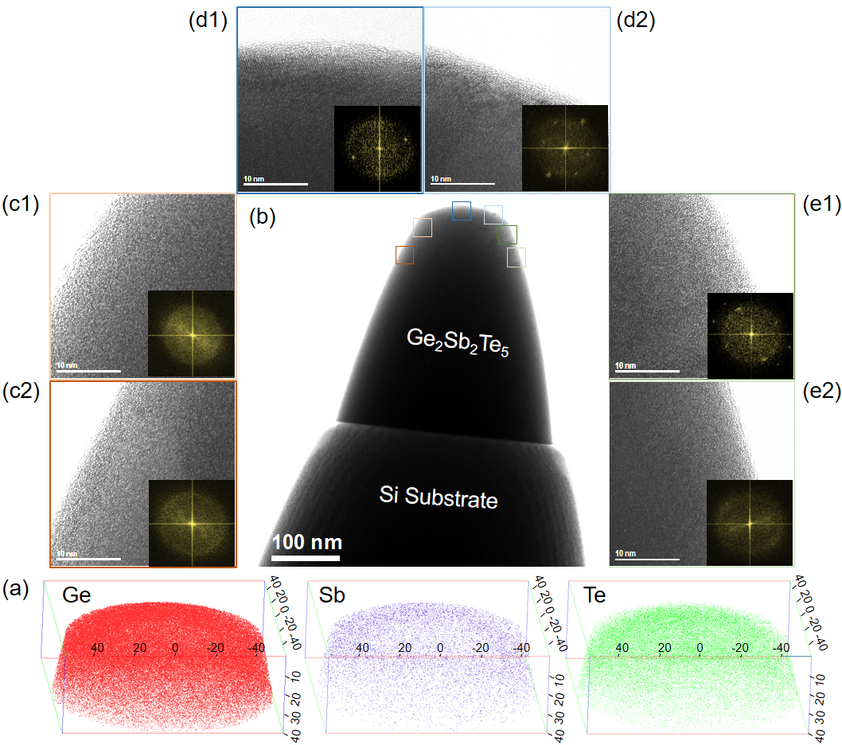 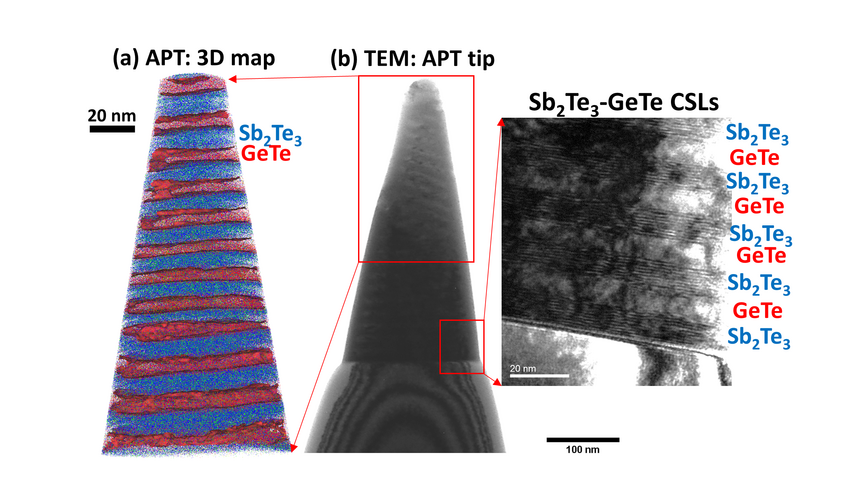 Superlattice structures display an even enhanced switching performance compared with the standard PCMs. Many chalcogenides are topologically non-trivial, opening up an ambiguity in transport channels for the common polycrystalline materials. For example, the topological properties have recently been proposed to dominate the conductivity contrast upon switching in GeTe-Sb2Te3 superlattices.

In the “Atomprobe” group, the relationship between the composition and the structure of these supperlattices is understood by applying correlative microscopy approach, i.e. the combination of the atom probe tomography (APT) with the transmission electron microscopy (TEM) as shown in Figure 2. This gives direct information about inter-diffusion between supperlattices’ constituents at the nanoscale, quality of the epitaxial films and defects formation in each deposited film.